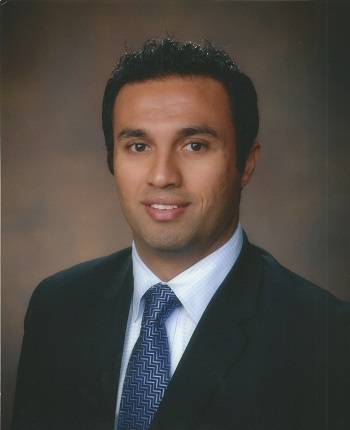 The GreenStreet team is formed by an experienced group of entrepreneurs, executives, and former business owners and operators that have had incredible success growing their small businesses and are now looking to share their experience with a new business.

Seena is the Managing Director of GreenStreet Growth Management, LLC. He is a passionate and driven entrepreneur that is committed to growing a small business by helping a business owner find a long-term home for his or her business.

Seena spent most of his career working with microfinance institutions providing capital to small businesses. He worked directly with CEOs and small business owners to design, launch and grow various financial products across a network of microfinance institutions. Seena was also responsible for managing special projects that included opening new branches, implementing complex IT Systems and leading senior level staff.

Prior to working in microfinance, Seena was a consultant with Accenture, a management consulting and technology service company. His role included helping implement complex IT systems, providing high-level strategic support to the management team and improving efficiency in reporting key performance indicators to the project lead.

Seena is a recent graduate of the Wharton School of Business and spent most of his academic career pursuing entrepreneurial ventures. He also holds a Masters in Economics from the University of Toronto and graduated with the top award in his program from the University of Western Ontario where he majored in Economics and Computer Science. When Seena is not working with small businesses, he is cooking for family and friends or shooting some hoops.

Richard is the founder and CEO of both NIP Group, a top 100 business insurance broker, and Extensis Group, a top 20 HR Outsourcing company. Richard has been a successful serial entrepreneur and accomplished investor for more than 20 years. He currently serves on the board of several high-growth companies. His early business success landed him a spot among the Forty Under 40, a program that honors young men and women who have made outstanding contributions to their fields.

Bill is founder and General Partner of Alta Communications and Marion Equity Partners, Massachusetts-based venture capital firms. He founded Alta's predecessor firm, Burr, Egan, Deleage & Co. in 1979, and has identified and backed several of America's leading growth companies in the information technology, life sciences, and communications industries. Prior to founding Burr, Egan, Deleage & Co., Bill was a Partner at TA Associates. He began his career as a Manager of Venture Capital for New England Enterprise Capital Corporation.

He is past President and Chairman of the National Venture Capital Association, a Trustee of Fairfield University, a member of the Board of Overseers of The Wharton School and a Trustee of the University of Pennsylvania. He is a member of the Board of CRH plc, and a number of privately held companies. Bill is also a trustee of the Isabella Stewart Gardner Museum and the Duniry Foundation. Bill received a degree in Economics from Fairfield University and an MBA from The Wharton School.

Peter Francis is board chair, president and CEO of J. M. Huber Corporation, a diversified, multinational supplier of engineered materials, natural resources, and technology-based services. Peter joined the company in 1992 as vice chairman. In 1993, he became board chair of Huber and president of its largest division, AVEX Electronics, which he led in a major turnaround to profitability. He became CEO and president of the parent corporation in 1994, which he has since grown to over $2.5 billion in revenues. In 2004, the company completed the largest acquisition in its history when it acquired CP Kelco, a global leader in the hydrocolloids industry.

Before joining Huber, Peter was CEO of a leveraged buyout in the wood products industry. He also designed and managed the development of a high-technology oceanographic instrument for the oil and gas industry. He and his wife circumnavigated the world by sailboat, visiting 38 countries, covering 55,000 miles, and spending 558 days at sea. Peter served on the Board of Overseers of the New Jersey Institute of Technology for five years, where he chaired its strategic planning committee. He is a trustee of the Rumson Country Day School and chair of its long-range planning committee. Peter graduated cum laude and Phi Beta Kappa with his BA from Middlebury College and received an MBA from the Stanford Graduate School of Business where he was an Arjay Miller Scholar.

Gerald Risk is Vice-Chairman of Asurion, the world’s largest provider of technology protection services, partnering with the world’s top companies and brands to serve over 200 million customers globally. Prior to serving as Vice-Chairman, Gerald served as Asurion’s President from 2009 to 2013 and Asurion’s Chief Financial Officer for the 10 years prior to that.

Gerald is an active investor and mentor of entrepreneurial leaders in the for-profit and non-profit worlds. In this capacity, Mr. Risk currently serves on the Board of Directors of Carillon Assisted Living (provider of assisted living services in the Southeast), HealthCPA (provider of medical expense management services for consumers), and QMC Telecom (cell tower operator in Brazil).

Prior to joining Asurion, Gerald worked as an investment banker with Goldman, Sachs & Co. in San Francisco, Hong Kong and New York. Mr. Risk has also worked for Hambrecht and Quist and the private investment arm of Toronto Dominion Capital. Mr. Risk holds an MBA from the Graduate School of Business at Stanford University, where he was an Arjay Miller Scholar and where he served as a case writer for Jack McDonald, the Stanford Investors Professor of Finance. Mr. Risk also holds a Bachelor's Degree in Commerce with honors from Queen’s University in Canada where he was on the Dean’s List.

Mr. Wheelwright is currently serving as the president of Brigham Young University-Hawaii. Professor Wheelwright first taught at Harvard from 1971-79 and was the Thomas Henry Carroll-Ford Foundation Visiting Professor from 1985-86. He rejoined the Harvard faculty in 1988. In his years away from Harvard, he was the Kleiner, Perkins, Caufield and Byers Professor of Management at Stanford University Graduate School of Business. In addition to his Harvard and Stanford positions, Professor Wheelwright served on the faculty of INSEAD (European Institute of Management) in Fontainebleau, France. He was also Vice President of Sales in a family-owned printing company and has consulted in the areas of business/operations strategy and improving product development capabilities.

Since 2007, Professor Wheelwright has served as President of Brigham Young University – Hawaii one of three BYU campuses owned by the Church of Jesus Christ of Latter-day Saints. He also continues to serve as a Board member at O.C. Tanner Company (service awards) and at Zions Bancorp. (banking). Professor Wheelwright has a B.S. degree in Mathematics from the University of Utah and MBA and Ph.D. from the Graduate School of Business at Stanford University.

Lacey was a health care investment banker at Deutsche Bank for two years, and for the past seven years has consulted for health care start-ups and the Center for Entrepreneurial Studies at the Stanford Graduate School of Business. She joined Hunter Trust in 2010. She sits on the board of a health care manufacturing and distribution company and co-manages the sourcing, assessment, and management of new investment opportunities. Lacey received a BA from the University of Colorado and an MBA from the Stanford GSB.

Anacapa Partners LP is a private equity fund with a strategic focus of investing in operating companies that have been identified by principals operating within the search fund business model. Anacapa's founder, Jeff Stevens, brings significant financial and operating experience. Prior to the founding of Anacapa Partners, Jeff was the CEO of three venture-backed buyouts – Balkin Cable Holdings (cable television system operator), Ancora Capital (mail presort), and Liberty Fitness (women's fitness centers). Following these three buyouts, Jeff founded Deeelish! (manufacturer/retailer of ready-to-cook gourmet meals). In each of Jeff's ventures he has maintained responsibility for all aspects of sourcing acquisition/start-up opportunities, including identifying potential targets, industry analysis, company specific due diligence, and fundraising (debt and equity) to complete the transaction. Following the completion of each acquisition Jeff became the senior executive of the acquired company with direct reporting responsibility to a shareholder group and Board of Directors.

M2O was formed as a family investment office in 1992. The firm made its inaugural investment that same year, purchasing the National Lines Bureau, a ship mooring company operating in the combined ports of Los Angeles and Long Beach. M2O took a hands-on approach to the investment and directly managed the National Lines Bureau for five years. During that period, the company's operations were improved and streamlined. By the time it was sold in 1997, the National Lines Bureau generated 100% return on invested capital annually. Today, M2O invests in high growth, small to mid-sized companies. Unlike traditional private equity or venture capital groups, the firm's investment horizon is often 10 years or more. Consequently, the firm develops lasting relationships with the companies—and managers—in which it invests.

Pacific Lake Partners is a private equity fund focused on small cap investments exclusively through the search fund model. The firm was founded by Jim Southern and Coley Andrews. Jim was himself a beneficiary of search fund investors early in his career, resulting in the acquisition of Uniform Printing, a $43 million printer of specialty insurance documents. Jim returned over 30x invested capital to the shareholders of Uniform Printing, which is now regarded as the first search fund acquisition. Since that time, in addition to acquiring two additional businesses via the search fund model, he has personally invested in over 50 search funds and acquisitions sourced and managed by search fund entrepreneurs. Since co-founding Pacific Lake, Coley has been involved with over 30 search funds and is currently either a director or visitor on the board of 12 search fund operating companies.

Relay Investments is a private equity fund focused on small cap investments. The firm was founded by Sandro Mina and Martin Steber. In early 1993, Sandro and Martin, along with Gunnar Bjorklund and Nick Babchuck co-founded Sverica International, where Sandro spent 20 years as a co-founding Partner. He currently serves on several company boards including Ackerman Security Systems, Creative Catalog Concepts, iCoat Company and Oasis. Mr. Mina also serves on the board of the Swedish School of Boston. During Sverica’s early days, Sandro served as President and CEO of Cameraworld.com, one of Sverica’s pre-fund portfolio companies. Mr. Mina also worked in the public and private sectors in a number of sectors including technology, banking and telecommunications.

During his early tenure, Martin was CEO of two pre-fund investments in Birmingham, Alabama, Automatic Detection Systems Inc, an electronic security company, and AccuDocs LLC, a billing services company. Both of these entities were eventually sold to larger industry leaders. Later, Martin was actively involved in raising Sverica’s first and second private equity funds. Martin continues to serve on the board of Ackerman Security Systems, as well as OASIS. Martin is also a Limited Partner in or co-invests with each of Sverica’s funds and serves on the board of directors of several other privately held companies including several companies acquired by search funds. Martin completed his BSc in Computer Engineering from Imperial College at the University of London and his MBA degree at the Graduate School of Business at Stanford University.